W: Why we all need play in a crisis

How can play help us to understand and process thoughts and emotions during times of trauma or crisis?

Now is not the time for play.

This is a sentiment often expressed when we are faced with a serious situation where the stakes are high. In Abraham Maslow’s well-known hierarchy of needs, play comes somewhere in the upper layers, when the more basic needs of safety, health and sustenance have been met. Surely, then, play has no place in the biggest global crisis in decades. A time of danger is no time for play.

There is certainly some truth to this idea, as in many emergencies and time-pressured situations any frivolity or light-heartedness would be inappropriate. But the reality is that when faced with something serious, frightening, or even dangerous, sometimes play is one of the best things for us.

We can see examples of this in some of the biggest crises of recent times: the World Wars. There are the well-known stories of the Christmas Day truce in the trenches of WWI, where games of football were played involving soldiers from both sides. For a brief moment, basic human connection, expressed through a game, won out over bitter national divide. And with their fellows, soldiers in the trenches engaged in pillow fights, wheelbarrow races and played board games to pass the time and keep morale high. The first threat we think of when imagining warfare is the terrible and deadly weaponry employed, but there is also the persistent threat of mental and emotional anguish and debilitating loss of hope. While barricades and armour can provide some defence against the enemy without, play can be a defence against the enemy within.

Supporting this, there is research demonstrating the positive effect play can have on adults’ wellbeing and emotional health. I recently wrote about these in more detail here, but to summarise some key points:

In our present crisis, while we’re confined to the same place and bombarded with depressing news, it is likely that positive emotion, social bonding and novelty represent key forms of psychological support.

Play can also help us address tragedy more subtly, as a way to conceptualise and make sense of it. The designer of the cooperative board game Pandemic, Matt Leacock, says the game tends to sell well in the context of real-world disease outbreaks.

This may be down to the fact that all things disease-related become more salient at such times, but it may also be because by representing the complexity and uncertainty of crisis in the mechanisms of a game, we turn it into something we can comprehend. We gain some sense of control over what is otherwise chaotic and unknowable. There are various historical examples of this, such as the board game Senet, which the ancient Egyptians came to view as a representation of the path to the afterlife and a means of communicating with the dead. Through the medium of the game, death was turned from something unknowable and terrifying into something comprehensible and navigable.

This kind of reimagining of crisis or tragedy reflects the theory behind many psychodynamic therapies. Although it has many variants, psychodynamic theory suggests that we often respond to something we find too difficult by blocking it out – a defence mechanism that may work in the short-term, but in the long-term can cause problems such as recurring flashbacks and anxiety6. By supporting the expression of something difficult in a new form, allowing it to be examined more calmly and safely, psychodynamic therapies aim to help the individual integrate it into their self-concept and life story. Play is explicitly applied in this manner in play therapy, a therapeutic approach used mainly with children, but also with adults7-8. There is accumulating evidence that play therapy can have a positive effect on mental health9-11.

Play can allow us to translate trauma or crisis into a form we can engage with and understand, potentially helping us to process it and make meaning of it. At the very least, such a re-imagining lets us see the problem in a new and perhaps less depressing way.

What we need in a crisis

At the start of this post, I referred to Maslow’s hierarchy of needs. One misleading aspect of this hierarchy is that it suggests people will only engage with the higher needs when the more basic needs are met. Of course, if we are starving, food is more important than painting a picture, socialising, or playing, but to focus solely on food at the expense of all else would be to risk losing something of our humanity. We would lose the benefits of human bonding, creativity, collaboration and expression that have helped us, individually, culturally and as a species, through some of our hardest times. As we try to tackle the mental and emotional cost of a generation-defining crisis, let’s not forget that some of the best tools we have are those that have been with each of us since our childhood, and with humanity for millennia.

And if you’re tempted to think that now is not the time for play, then resist. It’s at times like this you might need play most of all.

3Play: How it Shapes the Brain, Opens the Imagination, and Invigorates the Soul (Brown & Vaughan, 2010)

8Introduction: The healing potential of adults at play (Ward-Wimmer, 2003)

9The efficacy of play therapy with children: A meta-analytic review of treatment outcomes (Bratton et al., 2005) 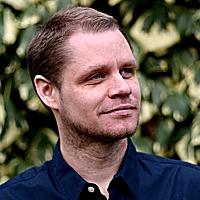