Self-regulation helps a child guide their thoughts, emotions and behaviours to accomplish a goal – how does play support this important area of development?

Few psychologists would argue that play is linked to positive cognitive, emotional and social outcomes. However, what is less understood and scientifically investigated, is exactly how play supports development. One way is the relationship between play and self-regulation. A child’s ability to monitor their own mental activities, identify and remedy errors, focus and maintain attention, and develop and apply increasingly effective mental strategies, has been shown to predict cognitive ability, academic achievement and emotional well-being.

How are play and self-regulation linked?

The importance of play for child development was first theorised by the influential Russian psychologist, Vygotsky. He suggested that during play children exercise control over their mental activity, set themselves appropriate challenges, and create their own ‘zone of proximal development’, within which learning is most powerfully enhanced1. More recent research has supported this view. Play has been shown to provide a powerful context for the development of language skills and vocabulary, which in turn support self-regulation2, 3. In particular, playful collaborative activities support young children’s abilities to express their ideas, explain their reasoning and talk about their own learning. This significantly improves their self-regulatory abilities4.

The amount of less-structured ‘free play’ time in 6-7 year old children’s daily lives5 and their attendance at pre-schools that emphasise play-based learning6 have been shown to predict higher scores on measures of self-regulation.

Recent studies have shown the role of pretence in supporting young children’s emotion regulation7 and their working memory – both key parts of self-regulatory development8.

In the area of literacy, classroom based studies examining playful approaches to writing with 5-10 year olds9 have reported a close relationship between playfulness and socially-shared regulatory talk, and enhancements in the children’s achievements in their writing.

There is growing evidence that children’s self-regulatory abilities develop in early infancy and are supported by play experiences and activities that also enhance oral language development. It is also clear that the manner in which adults interact with young children can affect their self-regulatory development. An emotionally warm and playful environment, in which children are cognitively challenged and given opportunities to talk about their thought processes, appears to positively benefit the development of self-regulation10.

How can you support your child’s development through play?

Give your child lots of unstructured and unscheduled time in which to get lost in play – either alone, with friends of with you! Providing toys and objects that are flexible and help a child create imaginary scenarios are an ideal way to get things started.

Don’t interfere too much in what your child is doing, but talk to them about why they are making certain choices and decisions – sometimes provide a commentary describing what you see, sometimes ask questions. If a child is playing in character – pretending to be a monster, pirate or animal – ask them how they feel whilst they are playing that role, and how and why that character is different to their real selves.

Show your child that you know play is important and make it a priority at home and at school.

2Standards, Science, and the Role of Play in Early Literacy Education (Christie & Roskos, 2006)

3Use your words: The role of language in the development of toddlers’ self-regulation (Vallotton & Ayoub, 2011)

8The effects of fantastical pretend-play on the development of executive functions: An intervention study (Thibodeau et al., 2016)

9Play beyond the Foundation Stage: play, self-regulation and
narrative skills in The Excellence Of Play (Whitebread et al., 2015) 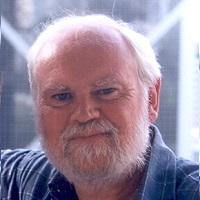