What is pretend play and how does it link to a child’s emotional development?

As a popular form of childhood play, pretend play has long been regarded as a window on children’s emotional development. Typically performed in an ‘as if’ way, pretend play is defined as spontaneous activities that include at least one of the three forms of pretence1:
During pretend play, children not only create diverse roles from pirates to monsters, but also emotional encounters faced by these imaginary characters. Characters can feel happy, sad, angry, or worried, just like in the real world. Why do children engage in these pretend emotions? What empirical evidence has been found regarding the links between pretend play and children’s emotional competence?

The research evidence for pretend play

The role of pretend play in children’s emotional development has been proposed from various different perspectives. Vygotsky2, for example, pointed out that pretend play has dual emotional effects – a child “weeps in play as a patient, but revels as a player”. When taking an imaginary role, a child needs to act against immediate impulse, and therefore demonstrate “greatest self-control” in play3.
By shifting between emotions of varying intensity, children maintain their pretend play at a manageable emotional level, which serves as a vehicle to express and regulate their emotions4.

Recent studies have lent support to the links between pretend play and children’s emotional competence. For example:

How can you support children’s pretend play?

To facilitate pretend play at home and at school, teachers, parents and carers can give children interesting and versatile objects that will stimulate the imagination – empty boxes, costumes, a wooden spoon. Alternatively, try creating an ‘as if’ scenario that encourages a child to enter into an imaginary world by asking questions like “imagine you are on the moon – what would that feel like and what would you see?”

1Pretense and representation: The origins of “theory of mind” (Leslie, 1987)

2Play and its Role in the Mental Development of the Child (Vygotsky, 1976) in Play: Its Role in Development and Evolution (Bruner et al., 2017)

3Mind in Society: The Development of Higher Psychological Processes (Vygotsky, 1980)

4Mind, meaning, and affect: Proposals for a theory of pretense (Fein, 1989)

5Pretense: The form and function of make-believe play (Bretherton, 1989)

8Supporting the development of empathy: The role of theory of mind and fantasy orientation (Brown et al., 2017) 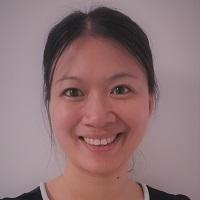