Paul is a practicing school principal and part-time university lecturer in educational leadership. Paul’s research has been in the areas of student agency development and the impact of teachers’ interpersonal qualities on learning. He has a long-standing interest in playful learning and has supported his school to implement a play-based pedagogy for Year 1 students. Paul currently resides in Auckland, New Zealand where he grew up. In his career as a teacher and school leader he has also worked in the UK, Thailand, and Hong Kong.

Here he tells us about Playcentre, a family-run early childhood education initiative in New Zealand that encourages adults and children (aged 0-6) to learn, play and grow together.

Three-year-old Blake is studying a galvanised nail. He holds it up to a stack of three blocks of wood and considers whether this nail is long enough to be hammered all the way through so as to hold the stack together. Meanwhile, Noah (4) is dressed as a pirate and stands atop of a grassy mound commanding a group of younger children to follow him into the sandpit. Disinterested by all the commotion is India who is dressed as a fairy – albeit one who wears a fire hat – and is painting a picture of a horse at an easel in a sunny area of the courtyard.

Howick Playcentre in Auckland, New Zealand has been home to these types of learning scenes for 65 years. While this scene could be a snapshot from many early childhood institutions across the world, what makes Howick Playcentre different from many others is that for its entire 65 years of existence it has been run as a parent cooperative, without paid professional staff. Across New Zealand, the Playcentre movement has a further 420 centres run by groups of local parents who support their children’s early learning by being their teachers.

As the name suggests ‘play’ is at the heart of Playcentre, with an underlying philosophy that child-led play is the best context for early learning. Parents engage in learning by routinely setting up provocations such as gymnastic equipment, painting, or a builder’s bench (with real nails and a hammer) for which there is always some interest. However, a more likely scenario is that Blake or Noah or any of the other children arrive at Playcentre with ideas of what they want to do. This often begins with changing into one of the rich array of clothing options in the dress up area. They can choose from a nurse’s uniform, superhero costume, a few long 1970s style dresses, or dozens of other second-hand outfits parents have collected over the years. Often parents will join in with child-led play too, although most draw the line at dressing up.

The environment lacks the gloss of many of the branded early learning institutions found in New Zealand, but provides all the ingredients for rich play-based learning. Due to the second-hand look and feel some view these centres as an alternative maybe a little wacky – option for education. However, Playcentres are far from being pedagogical backwaters. For a start, parents are expected to complete training that enables them to understand the theoretical basis for play in the early years. Course content includes the sociocultural perspectives of Vygotsky and Piaget’s theories of child development. The training, which includes having to submit essay type assignments, has rigour that leads to a shared understanding about why an experience rich in play is the very best start a child can have to organised learning.

How does Playcentre work?

Playcentres emerged in the decades after World War Two as the first baby boomers were enjoying their formative years and their mothers were in search of social stimulation. To begin with, centres ran out of church and community halls before finding their own accommodation in small residential sized properties (back then this looked like ¼ acre sections with a house). The model spread throughout the country and today Playcentre is ubiquitous in New Zealand. These centres are supported by regional offices who oversee training, while government funding is channelled through a national body.

Typically centres offer between two and five sessions each week that take place between 9am and noon. Funding is linked to the expectation that each child attends two or more sessions, meaning there is plenty of flexibility for the diversity of working arrangements families now have. The Playcentre model is extremely cost effective, which is owed to the fact that parent-educators are unpaid. Nationally, Playcentre receives 1% of government early childhood funding, yet 7% of all children under five in New Zealand attend a Playcentre. These figures offer fascinating potential in a world where educational equity is often viewed as an issue of money. On one level this model seems to be moving out of reach for most young families who in many cases rely on two incomes to survive. Yet on another level the flexibility of work, which has become more prevalent during the Covid-19 pandemic, has opened up possibilities for working families where two or more family members can share the experience of being fully engaged in their children’s early learning.

Playcentre is a unique approach to early learning. One that many former parents and their children are very proud to have been associated with. While offering a robust pedagogical approach to early learning it also intertwines the fascinating social dynamic of being parent led. This low-cost model to education offers food for thought for parents and policy makers beyond New Zealand and around the world. 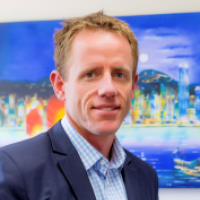