What would organised education look like with agency at its heart?

In Pedagogy of the Oppressed, written 50 years ago, Paolo Freire critiqued the ‘banking system’ of education where students are passive consumers, storing up a valuable resource (‘knowledge’) for use at a later date. In the banking model, teachers were the rich actors, bestowing knowledge upon the children, who were seen as mere recipients in the one-way relationship. Over the past 50 years though, we’ve come to realise that young children are much more than simply passive ‘knowledge-stores’. We know now that children learn through play and active engagement with their environment. ‘Agency’ allows students to play an active role in their education and is critical for learning. What would organised education look like with agency at its heart?

What is agency, and what does it look like in education?

Agency is reflective. There are a number of different meanings and forms of agency (Leslie, 1994). At its essence, the human experience of agency implies self-awareness in thought and self-determination in action. It distinguishes us from machines that can be highly automated, and which engage our curiosity because they are so human-like, and at the same time not quite human (see, for example, this podcast on chatbots).  Autonomy, doing something by and for oneself, may merely simulate agency, like Jacques de Vaucanson’s automaton duck.

In education terms a highly relevant dimension of agency (Rainio & Hilppö, 2017) is the practice of freedom from oppression. In education, ideas and actions can be imposed from the state (e.g. curriculum) or from the teacher (e.g. imposing a timetable, with rigid starting and stopping times for activities). At each level, while there may be reasons for the structures to exist (efficiency of resource? accountability of employees?), how often do we question their benefit for learning?

Can we imagine, not just in the early years and in advanced graduate work at University, but all the way through the phases of education, an ‘engaged pedagogy’, such as the one described by bell hooks in Teaching to Transgress: Education as the Practice of Freedom (1994)? Engaged pedagogy supports and relies on agency. It implies teaching and learning that is playful, vulnerable, flexible, connected to experience and democratic, where the teacher’s “voice is not the only account of what happens in the classroom” (hooks, 1994).

Cross-cultural comparisons of parenting have demonstrated that a given type of interaction may support agency in one context, while it appears to hinder it in another context (Lee, Baker, & Whitebread, 2018). For example, telling a child how to complete a puzzle may be a sign of guidance and care in one family, while in another it may be seen as intrusive on the child’s independence. Whether specific types of interactions are empowering or not depends on the surrounding system of cultural values. This may link with values like collectivism and individualism, as well as with other aspects of child rearing like warmth and sensitivity (Rothbaum & Tromsdorff, 2007). Bearing this in mind shifts the focus away from identifying specific acts that universally support or hinder agency, and towards a culturally responsive understanding of what it means to work against oppression in the name of agency and learning.

If educational decisions imply that a single way of thinking or knowing is universal, they can be oppressive to the natural agency of learners who evolve in cultural context. In contrast, playful learning supports learners to develop as agents who see, feel, do, take responsibility, contribute, and learn actively through as many paths as there are individuals in the world. With this perspective, playful learning is an act of empowerment. 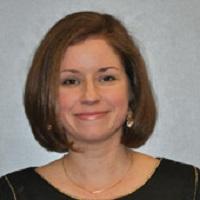 University of Cambridge Professor of Developmental Psychology and Education