Why is it so important for children to get outdoors to play and learn in nature?

“Those who contemplate the beauty of nature will find reserves of strength that will last them as long as life lasts.” – Rachel Carson

Nature is a place where there is space – space for children to run around, space to challenge yourself, space to slow down and breathe.

We spend much of our time indoors, though, leading to a ‘nature deficit’ in our day-to-day lives. This shortfall in time spent outdoors is particularly important to fill for children. In 2012 the National Trust found that children were half as likely to play outdoors than their parents had as children, and in 2015, the RSPB published a report warning that only 1 in 5 young people reported a connection with nature.

So, what is it that is so good about children being outdoors and playing and learning in nature?

We are beginning to really understand how much good play in nature can do, with research revealing a range of benefits to getting outdoors. These include:

Play spaces – putting the outdoors back in cities

Play areas and community green spaces play a crucial role in helping children and young people get outdoors. But not all play areas are created equal. Studies have found that many adult-designed play spaces tend to lack nature.

I remember visiting a playground on a hot summer’s day last year with my toddling son. With not a tree in sight, the rubber flooring was scorching and the play equipment – all burning hot metal – was unusable. Bringing nature back to play areas not only has health benefits – increased sun protection and more physical activity – it can also encourage adventurous play (play where an element of risk is involved) and brings nature closer to home.

Time for outdoor play and learning in school is often particularly tight. However, giving children a break and taking the classroom outdoors has a range of educational benefits. In studies where teachers were supported to teach outside, they reported better engagement of their students. These experiences allowed space for children to initiate their own learning, and students who were considered under-achieving were able to shine. Importantly, behaviours that were considered disruptive in the classroom – boisterousness and noise – were no longer problematic. The children hadn’t changed; the context had. For students who are at risk of disengaging with school, such opportunities to be outdoors could help invite them back into the classroom.

Schools have become increasingly aware of the benefits outdoor play can bring, as can be seen in the explosion of interest in Forest Schools – an outdoor learning model focused on hands-on experiences in forests and wooded areas. It’s important to note though that the benefits of this kind of learning aren’t just limited to the first few years of schooling (age 4-8) but can continue through childhood.

Equality and access to nature: We can do better

Whilst the benefits of spending time in nature are being increasingly recognised, we also know that not everyone is equally able to access green spaces – an issue that has only been made more obvious by the recent pandemic. In September 2019, the UK government published a report which showed that England’s national parks were predominantly visited by the “same, more well off, less diverse” people, at the exclusion of others. More can be done, and must be done, to tackle such inequalities. Small grassroots initiatives such as the Black to Nature Club provide a good example of what widening participation might look like, and recently the National Lottery Heritage Fund launched a review into equality and diversity within the organisation. Ultimately, everyone has a role to play – even if it is something as small as voicing our support for greater equality in access to nature. 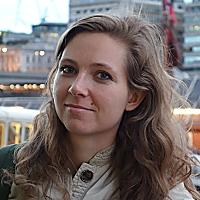