What role do parents consider play has in their children's development and learning?

What do parents think about play?

Around the world, the scene is often the same: squeals of delight and excited chatter as playgrounds come alive during break-time. Some children skip, clap and sing, while others kick a football or empty plastic bottle between makeshift goal posts. Some pupils chase their friends as others act out familiar scenarios or imagine fantastic new worlds. Play, in its many different forms and guises, would appear to be an integral component of children’s early learning experience which defies borders, cultures and even socio-economic differences.

However, the real role and value of play remains hotly debated by international educationalists and psychologists alike. Efforts to research play raise difficult questions such as what play actually is and whether we can ever measure it effectively. Does play offer benefits in terms of academic learning, literacy and numeracy, or does it only support children’s wellbeing and social skills? Can play have a role within the formal classroom setting? And what do parents think about this?

For many years, researchers have sought to uncover caregivers’ perceptions about play, the contribution it offers and how it links with more traditional forms of ‘learning’. Studies from places as far and wide as Europe, North America and Asia have revealed a wide array of different views, both within and between geographic regions. Some parents see play as an important medium for their child’s development, while others view it as a trivial and time-wasting activity.

Until recently, such research had largely focused on the parents and guardians of children in high-income countries. However, this situation is gradually shifting with emerging studies exploring caregivers’ perspectives in lower-income settings, including in Africa.

For example, a new paper by researchers at University College London and Makerere University (currently under review by the British Academy Journal) looked at behaviours and attitudes among Ugandan parents and found that mothers are more likely to play with their children than fathers. They also discovered that most parents have little understanding of the possible social or cognitive benefits of play, or indeed their own ability to shape and improve their children’s intelligence through interaction and stimulation.

A similar study explored parent and teacher beliefs about the importance of play for children aged 3 to 5 years in Ghana. Using a new survey, the Early Years Play and Learning Perception Scale, they collected responses from caregivers across 40 nurseries and kindergartens in both urban and rural parts of the country. They found that parents see fewer links between play and learning compared with teachers and head teachers. However, this changes with parental education level: specifically, parents and teachers who are themselves better educated see more value in play. This aligns with the findings of similar studies in both Turkey and the United States.

Whilst these studies suggest that parents with a higher level of education have more favourable attitudes towards play, there are ways to engage all parents and develop their understanding of the value of early play. In Ghana, non-governmental organisation Lively Minds trained 30-40 mothers to run regular play-based activities in selected rural kindergarten classrooms, using materials designed for uneducated volunteers. Preliminary analyses show positive impacts for both the children, in terms of school readiness and cognition, and the mothers, by way of improved well-being, self-esteem and behaviours.

Already, Ghana, Uganda and other countries across Africa have introduced policies to encourage early learning through play-based approaches. These policies represent a good start but the challenge comes in translating such admirable aspirations into real-life changes in the classroom and the home. To achieve a truly shared vision for children’s growth and development, governments must not just train teachers, but also find effective ways to shift the dial on parental perceptions of play.

Where does play research go next?

As academics, we are keen to understand the potential role of research and the kinds of information and messaging that might help to guide parents’ thinking. Could long-term studies on the possible benefits of play help to change parental attitudes and cultural norms? What means or media are best to reach and engage with parents (particularly those who are illiterate)? And what are feasible behaviours to expect from parents already struggling to raise their children at or below the poverty line?

For now, questions abound about how play is understood, valued and supported in different communities and diverse societies. The growing body of research will hopefully plug these knowledge gaps and shed light not just on what’s already happening, but what could be done better to nurture children’s holistic development. Children have been learning through play in its different forms and guises for thousands of years, but as researchers we still have a lot to learn.

Find out more about play in diverse contexts using the links below. 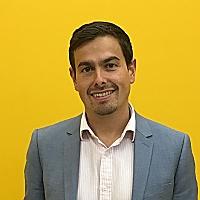