What impact does fathers’ involvement and play have on children’s development?

I go to many, many research meetings about early child development, and in the past these kinds of conferences almost exclusively focused on mothers and their babies. But recently, I have noticed a change. Today, there is an active discussion and growing research into not just mums, but dads and how they contribute to children’s development as well – particularly in the early years of life.

Why are fathers key to children’s development?

Fathers are important to their children’s lives. There is now a large body of research demonstrating that having an actively involved father leads, on average, to children who are happier, have fewer behavioural problems, settle better into school and learn better. I say “on average” because this does not mean that children with fathers that they don’t see will automatically do worse in life, but it does mean that an actively engaged, supportive father always has the opportunity to be a positive influence on their children’s lives.

The roles that fathers play in their children’s lives vary enormously across the globe and across different cultures. Whatever the culture or setting though, fathers can care for, engage with, and play with their children. When they do this regularly, the quality of the care they provide for their children improves. This involvement has important consequences for fathers and children. For fathers, it can actually alter their biology, such as hormonal responses (including testosterone and oxytocin levels). For children, the involvement of dads also allows them to positively influence their children’s health, happiness and brain development, particularly in the first few years of their children’s lives.

How can fathers get involved with play?

Just like mothers, fathers can take on a wide range of roles with their children. Caregiving, of course, is the most obvious and the most necessary. But the most fun role is the role of play partner. And it’s very important too.

Some fathers find playing with their children, particularly very young children, a challenge. Some feel less confident around younger children and might feel restricted to certain types of play such as rough and tumble play. Rough and tumble play and other types of physical play can be great fun for dads and children and can help children learn lots of different skills, like physical coordination and self-control.

However, dads don’t need to be restricted to just these kinds of physical play. They can get involved in a wide variety of play activities, including fun games and singing songs with younger children. As children get older, towards school age, many other types of play become more possible, including pretend play and more active sports and games. Trying these different kinds of play can be great for most dads, though some might struggle, particularly if they didn’t have good experiences of being played with as a child.

Fathers play a unique and important role in helping children to grow and develop, particularly in their first years of life when they learn and grow at a speed that will never be repeated. We can all play a role in helping and encouraging dads to get involved in their children’s lives, and to enjoy doing it.

A few simple tips for Dads: 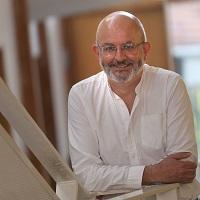 University of Cambridge Professor of Play