E: Executive functions and their role in games

How do everyday activities and games use children's executive functions?

What are executive functions?

Children who can pay attention and ignore distraction around them, remember instructions and directions, and flexibly adjust to different situations are in a better position to learn compared to their more distracted peers. The skill set that children use here is called executive functions. This skill set is thought to be important for how well children settle into school, and their ability to work and play – both on their own and with other children or adults.

Even though parents and caregivers usually do not use the term executive functions, they know the associated behaviours well. Teachers in particular might notice if children struggle with these skills. When children are finding executive functions tricky, they might shout out in class, show difficulties working towards a set goal (either forgetting the instructions or becoming distracted along the way) and be impulsive when interacting with classmates or adults.

The trick is to be creative with integrating changes of rules or having other players to join which makes the games more fun and challenging as responses need to be adjusted to the other players responses. The games typically require children to pay close attention.

Hopefully, this blog post gave you some inspiration and you will now give the games a go!

You can find out more about executive functions and play using the resources linked below. 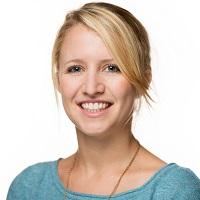