D: Dolls, diggers, and dinosaurs: Do girls and boys like different toys?

Imagine yourself stepping into a toy shop: perhaps you notice an aisle of dolls and kitchen sets and another aisle of toy cars and trucks. How are these aisles decorated?

If you imagined a pink aisle and a blue aisle, you’re not alone. We tend to see certain toys as for girls and others as for boys, associating the colours with those labels. But why do we make these associations? Do girls and boys really like different toys?

Messages about which toys are for girls and which are for boys often come from the people in children’s lives: friends and family, both children and adults. Children at school might say a toy is “for girls” or “for boys”, and sometimes children may hear this from adults too. These messages can also be subtle, like adults playing with girls and boys differently, but even these subtle messages could lead children to make gendered toy choices.

In an investigation by the BBC, some adults were introduced to baby girls but were told they were boys, and others were introduced to baby boys but were told they were girls. In many cases, the adults chose toys that stereotypically matched the babies’ introduced genders: adults who thought they were playing with baby girls chose toys like dolls and fluffy toys, and adults who thought they were playing with baby boys chose toys like puzzles, cars, and robots. This indicated that what babies play with is influenced by adults and may not be down to babies’ own preferences for gendered toys. Adults’ choices of gendered toys for babies, even if unintentional, may be one of many reasons for the gender differences in children’s choice of toys when they are older.

Children also receive gendered messages through marketing and branding: the decoration of toy aisles, the colours on toy packaging, and the appearances of children shown in toy advertisements. Many of these messages are clear and direct like signs in toy aisles that explicitly tell children which toys are for girls and which toys are for boys, and others are more subtle like advertisements that show only girls or only boys playing with certain toys. However, in recent years, these practices have become less prominent, and several major toy retailers have announced an end to labelling “girls’” and “boys’” toys in their shop aisles and on their websites. These changes followed campaigns from groups like @LetToysBeToys who warn that advertising toys in such a way could have negative effects on children.

Why is it important for children to play with different toys?

The binary nature of defining toys as for girls or for boys doesn’t give children the opportunity to tell us which toys they like best and are most interested in playing with. By allowing children to play with a variety of toys that interest them and showing them that this is okay, we can help them to develop a wide range of skills and benefit from varied play opportunities.

Most of the research into gendered toy preferences has taken place in North America (mostly in the US and Canada), in Australia, and in Europe (mostly in the UK but also in other countries)3. These areas have many cultural similarities, including similar toys and similar messages about gender, so what we know from the studies is specific to these cultures and might not apply to all children around the world.

However, a few studies have looked at differences between girls and boys in non-Western cultures. One study found that Chinese children had the same gendered colour preferences as studies have found in Western children (girls liking pink and boys liking blue)4, but another compared children in four cultures (villages in the Peruvian Amazon, villages on Tanna Island in the South Pacific, a town on Tanna Island in the South Pacific, and in a city in Australia) and found that girls’ preference for pink is not universal5.

Overall, not many studies have looked at these questions in non-Western cultures, so we don’t yet know how widespread or universal differences between girls’ and boys’ toy preferences might be.

How can you support children when they are choosing their toys?

No matter your child’s gender, make sure they have opportunities to play with a variety of toys.

Children might suggest that they can’t play with a toy because it’s “for girls” or “for boys”. When this happens, discuss why they think it’s not for them and emphasise that it’s okay for them to play with different types of toys.

1 Gender-Typed Play and Social Abilities in Boys and Girls: Are They Related? (Li and Wong, 2016)

3How Large are Gender Differences in Toy Preferences? A Systematic Review and Meta-Analysis of Toy Preference Research (Davis & Hines, 2020)

5The Role of Culture in Children’s Sex-Typed Preferences for Colours, Toys, and Affordance: A Systems Theory Approach (Davis, 2018)

You can access resources for teachers and families on rethinking gendered play using the links below. 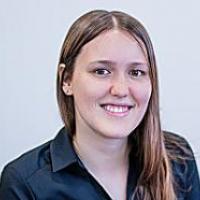